Optimiza launched the theme of “Ownership and Accountability” 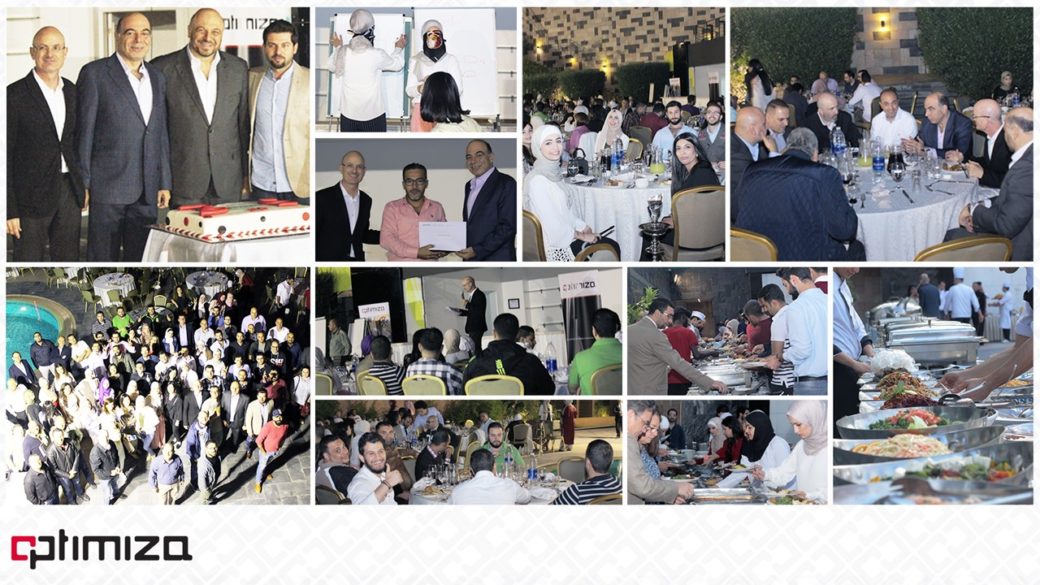 June 3th, 2018 – On the occasion of the holy month of Ramadan, Optimiza held an Iftar Banquet to celebrate Ramadan with its employees at Landmark Hotel Amman. The Iftar was attended by the company’s Chairman, Mr. Rudain Kawar, it’s Vice Chairman, H.E. Mr. Karim Kawar, the CEO, Majed Sifri, and the Management team in Amman.

Majed Sifri – Optimiza’s CEO, welcomed the attendees, and highlighted company progress and achievements made in 2017. In addition, he launched the theme of “Ownership and Accountability” as the company 2018/2019 celebrated values. After that, Mr. Rudain Kawar cut the anniversary cake celebrating Optimiza’s 35 years in business.

The annual event was followed by some contests and fun games with employees, which aimed to strengthen the social ties and internal communication among the company’s employees and to boost team spirit in a friendly – family environment. The Iftar also included honoring employees who reached their 10 years anniversary with Optimiza.