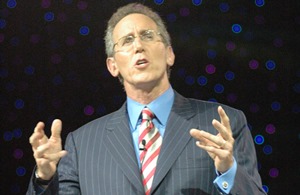 Amman, Jordan (August 2007) – Optimiza Academy, the human capital development arm of Optimiza, has confirmed that Tony Schwartz, founder and president of The Energy Project and leading international speaker, will lead its two-day workshop entitled “The Secret of Great Leadership: Managing Energy Not Time to Maximize Performance”, taking place in Amman this month.

“Success in today’s corporate environment demands positive energy and high morale – traits that we as a human capital development organisation are determined to enhance among regional business professionals,” said Mr. Nidal Bitar, Director of Optimiza Academy. “Leading the workshop this month is Mr. Tony Schwartz, who has spent 30 years studying, writing and coaching people on how to deal with change, to grow and to perform more effectively in every aspect of their lives. We are excited about bringing this opportunity to people in Jordan and the neighboring countries.”

Tony Schwartz is a peak performance expert and co-author of the New York Times bestseller ‘The Power Of Full Engagement.’ He spent 25 years as an award-winning journalist for publications such as the New York Times, Newsweek and Esquire. He co-authored the worldwide bestseller The Art of the Deal with Donald Trump. His organisation, The Energy Project, helps organisations build capacity by designing policies and practices that support optimal energy management.

“At a time when the changing media is changing our lives, it is a great opportunity to welcome Mr. Schwartz to the region,” said Mr. Hazem Malhas, CEO of Optimiza. “His combined expertise as a journalist and executive trainer make him the ideal speaker for this workshop, which aims to coach corporate leaders on leveraging the energy within and around them to build a powerful, working team. We are confident that at the end of the two days, attendees will leave with a reformed outlook on the way they conduct their business lives, and even their personal lives. This is the aim of the workshop, and the basis of the strategy we follow at the Optimiza Academy – to empower people with the skills to lead.”

The Optimiza Academy workshop will be held at the Sheraton Hotel, Amman, Jordan, on August 14th and 15th, 2007.